One of the great American mansions of the Gilded Age is Whitehall, built as a wedding gift from Standard Oil tycoon, Henry Flagler, to his third wife.  Inspired by the neoclassical architecture of The White City, as the World's Columbian Exposition, 1893, Chicago, was called, Whitehall was built as an example of Western Culture brought to its full glory in America.
﻿﻿

The Grand Hall essentially occupies the entire main block of the house, the whole length of the main floor behind the portico.  It is an impressive space, entered through ornate bronze and glass doors originally attended by a uniformed doorman 24 hours a day.  Amounting to 5,000 square feet of floor space according to the docent, the floor and walls are covered with seven varieties of marble.
There is no mistaking that it is a twentieth-century and not an eighteenth-century interior, however, because of the proportions.  The tour guides claim that Flagler asked that the ornate plaster ornamented and painted ceiling be dropped eight feet from the originally intended height to better relate to human scale.  That favoring of the horizontal was a characteristic of the period.  Not unusual during this time, the architects created the entrance hall, but the decoration of the other rooms was left to Pottier and Stymus, a New York City furniture and design firm prominent in the last half of the nineteenth century.
﻿
At the south end of the Grand Hall, the Library in the Italian Renaissance style was decorated as a masculine space for Flagler to greet guests and business associates.  The lower half of the walls is covered with wood paneling or bookcases with glass doors and the upper half is covered with red damask.  The coffered ceiling is plaster, painted to match the wood.
﻿
The Music Room doubles as an art gallery, and also used for less formal functions such as bridge parties in addition to regular musical performances.  There was a resident organist each season to play the 1,249 pipe organ by J.H. & C.S. Odell Company, suppliers for many prominent churches.  The use of indirect electric lighting illuminating the copy of Guido Remi's "Aurora" in the central dome is an early use of that technology.
﻿
Indirect lighting in the South Hall is also used to wash the ornate barrel vault ceiling.  Such subtle electric lighting was not common during this period.
﻿
The central Courtyard was a critical feature for air circulation.  Here, the European tradition in the Caribbean, notably in Cuba, is observed.  The Flaglers sometimes used the space for open-air dinner parties.  The marble fountain portrays Venus, after the sculpture by Giovanni da Bologna for the Boboli Gardens in Florence.
﻿
A temporary fitted carpet covered the parquet floor of the Grand Ballroom at the time of my visit before New Year's Eve.  (There are now other rooms better suited for dancing, so this space is currently used on occassion for formal dinners).  Edward F. Caldwell & Co. made most of the light fixtures for Whitehall, including these chandeliers with Baccarat crystals and twelve sconces with fruit shaped crystals.
﻿
The most famous party in the room occurred in 1903, the Bal Poudre given in honor of George Washington's birthday.  The New York Herald wrote that it was "one of the most sumptuous social affairs ever attempted south of Washington."
﻿
The Billiard Room was a popular gathering spot for gentlemen after dinner.  The interest in sport was a characteristic of the Gilded Age, making a masculine game room popular in mansion during this time.  Here the influence of the Arts & Crafts movement is evident in the decoration of the quarter-sawn oak wainscot and plaster beams painted to match.  The chimneypiece and window surrounds are Caen stone.  There is a record of the 1901 letter from Flagler to Stymus stating, "I have enlarged the billiard room considerably from the original plans."  In another letter, he asked for two spittoons for the Billiard Room, one for each of the Offices, and one for the Library.  But "Mrs. Flagler says she doesn't want any elsewhere in the house."
﻿
The original Kitchen and Butler's Pantry were altered and that area is now used as business offices for the museum.
﻿
The Breakfast Room, inspired by the State Dining Room at Warwick Castle, was used for everyday dining.
﻿﻿

The French Renaissance Revival style for the Dining Room was more appropriate than one might first imagine; a masculine décor was chosen because the room was often used by Flagler to entertain men prominent in financial and literary circles.  The parquet border was designed to the frame the carpet set in a recess.  The existing silk wallcovering is a reproduction of the original.
The Drawing Room, at the north end of the Grand Hall and adjacent to the Dining Room, was designed in the Louis XVI Revival style just as one would expect in a neoclassical mansion of the early twentieth-century.  Mary Lily Flagler would entertain her friends here with music and conversation.  The Steinway piano was made especially for the room.  Panels of silk fabric that match the curtains are set within the painted paneling accented with aluminum leaf, a costly and rare material at the time.  (A coating of shellac has yellowed, giving it the appearance of Dutch leaf, however).
Returning to the Grand Hall, the excellent docent-led tour ends here.  The Second Floor of Whitehall along with the alterations and additions after the Flaglers' deaths will be presented in Part II, the next post of The Devoted Classicist.
Posted by John J. Tackett at 10:22 AM 14 comments:

Bunny Williams, the reining queen of lady decorators, hardly needs an endorsement from The Devoted Classicist for her extensive range of retail home furnishings.  But her new moderately-priced table top collection for Ballard Designs is especially noteworthy.  One stand-out for me, as a (self-proclaimed) ice cream connoisseur, is the cachepot designed to hold a pint container of the frozen treat.  Brass with a pewter-color finish and a removable stainless steel liner, who doesn't need at least one?  In my ideal world, they would be considered individual containers, but I will leave the necessary quantity for a gracious table to be determined by the host/hostess.  And yes, they can be used, instead, to hold flowers or greenery at other times. 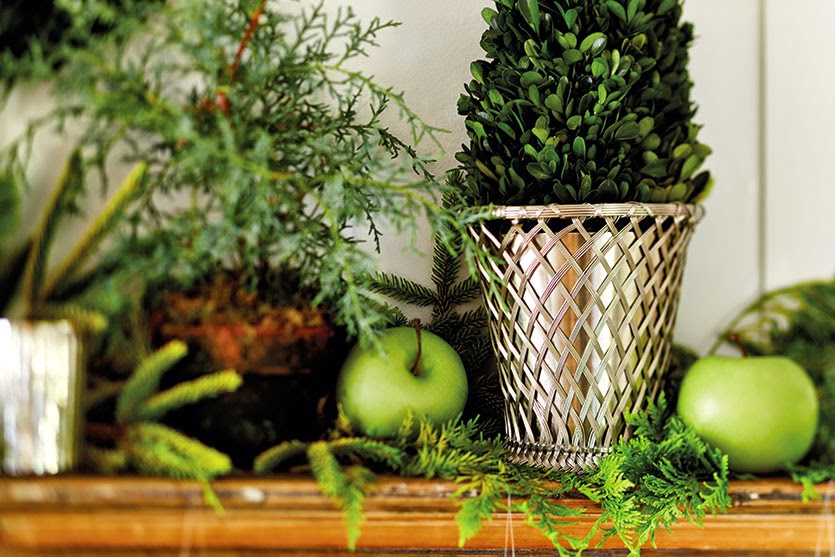 The internationally-renown writer and home-furnishing fabrics entrepreneur Ronda Rice Carman is coming to speak as guest of Decorative Arts Trust to Memphis Brooks Museum of Art, Saturday, January 17, 2015, 10:30 am.  A part of the Trust's education programs to promote the decorative arts, the event is open to the public and free with regular museum admission.﻿ Ronda may be best known for her extremely popular blog ALL THE BEST | A PASSPORT TO STYLISH LIVING.  The blog gives an up-to-date survey of the happenings in design, fashion, food, and travel, providing an invaluable lifestyle guide to her followers world-wide. 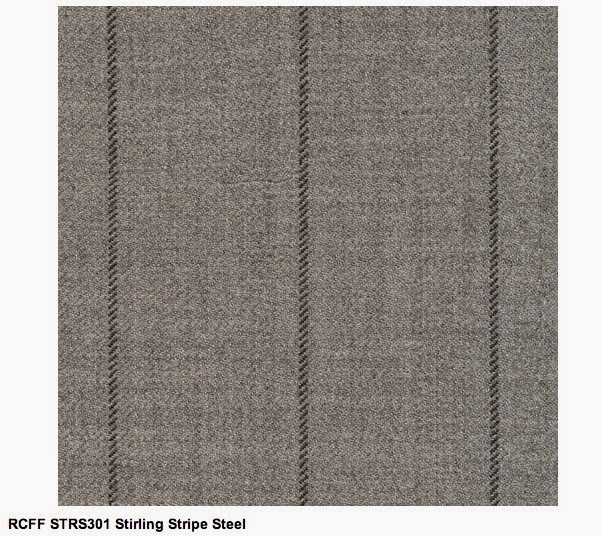 Drawing on her experiences while living in Scotland, Ronda has introduced an exceptional line of fabrics marketed to the interior design trade as Ronda Carman Fine Fabrics.  Collections include inspirations from men's suiting and a contemporary twist on traditional plaids, plus the most luxurious leathers in a wide range of colors.
﻿ Ronda has also reached a wide audience of appreciative readers with her book DESIGNERS AT HOME: PERSONAL REFLECTIONS ON STYLISH LIVING.  The book profiles fifty contemporary interior designers including Bunny Williams, Barry Dixon, and Charlotte Moss, and gives a tour of their own homes, illustrating their design philosophies with over 300 color photos.  Copies of the book will be available for purchase at the event with all the proceeds benefiting Decorative Arts Trust.  There will be a book-signing and a chance to personally meet and have a few words with Ronda as well.

For more information on the event, see the Calendar of Events on the website of Decorative Arts Trust here.