A number of Spanish Revival courtyard apartment buildings were built in Los Angeles in the early decades of the twentieth century, inspired by the Franciscan missions and the early tourist camps.  But one of the finest and most influential of these was Andalusia a 1926 complex of ten units designed by the husband & wife team of Arthur and Nina Zwebell.
﻿ After visiting Los Angeles in 1920, the Zwebells moved there in 1921 to make their fortune in the building boom.  Arthur Zwebell had made a nest egg with profits from a company he developed with his brothers that offered a roadster sports car body for a standard Ford chassis. 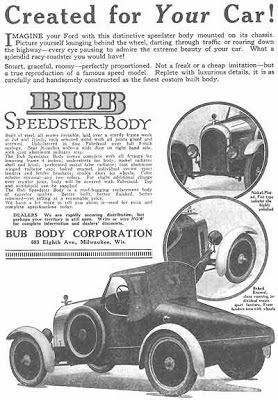 Arthur Zwebell was a self-taught architect and Nina provided the interior design services for the furnished apartments, even having furniture made to compliment the architecture.  They built eight of these buildings, living in Andalusia and working out of home offices there.
﻿ Each apartment had a unique floor plan with the Zwebells' unit having a two story living room and three fireplaces.  Zina had an infamous built-in pipe organ;  the bellows were located in the basement with the pipes installed at opposite ends of the living room.  The Zwebells lived at Andalusia for only four years and then gave it to their neice, Marian Uhl.
﻿﻿ Over the years, Mrs. Uhl rented apartments at Andalusia to a number of Hollywood actors and writers such as Clara Bow, Clair Bloom, Cesar Romero, Jean Hagen, John Payne, Louis L'Amour, and Anna Kashfi (later married to Marlon Brando and mother of Christian Brando).  Mrs. Uhl lived in the building until her death in 1990.  She had kept an archive of blueprints, photos, repair bills, and fabric samples that revealed that the building had been preserved and hardly altered.
﻿ In 1990, Los Angeles interior designer and antiques dealer Craig Wright bought the building with business partners Don and Alice Willfong.  They restored and subtly updated Andalusia while remaining conscious of its architectural integrity.  Plumbing and wiring was replaced, doors and windows were duplicated as necessary, and a laundry was installed in the basement along with air-conditioning throughout.  Some apartments were combined to reduce the total to eight units which were rented furnished.  The third courtyard had a raised swimming pool which was not original, it was removed and the area became an annex for displaying garden ornaments and stone furniture from Quatrain, an antique gallery and reproduction business owned by Wright, and a part of the extremely stylish San Francisco-based stores that are grouped under the name of Therien.
﻿ Craig Wright took the Zwebells' apartment as his own residence.  He turned the upstairs tower room that the Zwebells had used as their office into his Master Bedroom.  The former master bedroom downstairs is now a Guest Bedroom.  After ten years, Wright moved to a house he renovated in the hills above Sunset Boulevard that was featured in the February 2001 issue of Architectural Digest that can be seen here.  But the photos by John Vaughan of Craig Wright's Andalusia apartment from the December 1993 issue of Architectural Digest are presented as follows.
Wright used furnishings of several periods and styles from Quatrain in addition to shelves of books to give the Living Room a Continental feel.  ﻿ In the Dining Room, a mix of furnishings, again from Quatrain, provide a rich contrast to the double-thick brick walls, developed for earthquake-resistance.
﻿ The ground floor Sitting Room (labeled Sunroom on the 2010 MLS floor plan) is an intimate space that Wright used for reading.
﻿ The Tudor-style bed had been used in films such as "Tom Jones" and "Mary Queen of Scots" commands the ground floor bedroom that Wright used as a Guest Bedroom.
﻿ The walls of the Master Bathroom were painted in a manner to evoke the feeling of Pompeian frescoes.  The lavatory is set into a neoclassical console that Wright found in Rome.
﻿ The central courtyard plantings were revitalized by landscape architect Robert Fletcher.  The pool and outdoor fireplace were original features that were restored.
﻿ After the collapse of the private housing market in 1929, the Zwebells went into work as set designers for the movie studios, furniture design and production, and later attempted a business to manufacture modular housing systems.  With the exception of three houses designed for his family, Arthur Zwebell did not practice architecture again.  He died in 1973 and his wife died the next year.  Their contributions to traditional urban housing form of an adapted California courtyard is still valued today, however.  Andalusia is now a condominium and the owner's unit of 1,589 square feet was listed and sold in 2010 for the asking price of $990,000 according to Redfin.  (It was a resale since Craig Wright's occupancy).

For more about the other apartment buildings designed by the Zwebells as well as other similar buildings see the valuable reference book COURTYARD HOUSING IN LOS ANGELES by Stefanos Polyzoides, Roger Sherwood, and James Tice, now in its fifth printing after being originally published in 1996.
Posted by John J. Tackett at 11:00 AM